Luther and the mystery of the Cranach Altar 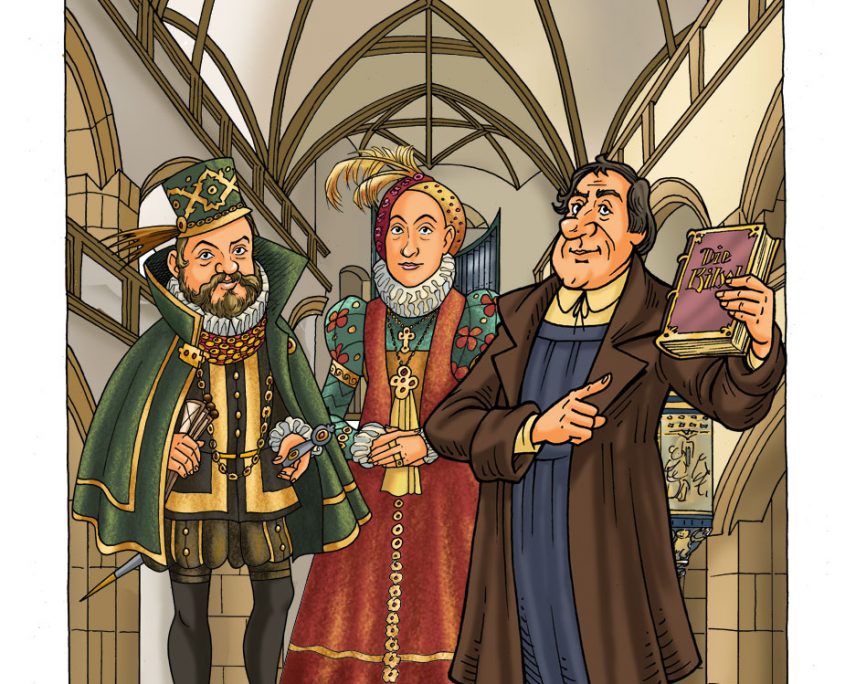 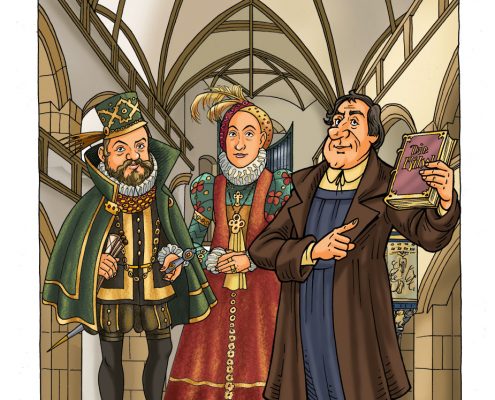 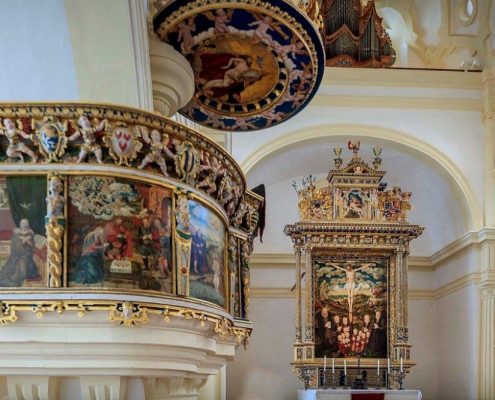 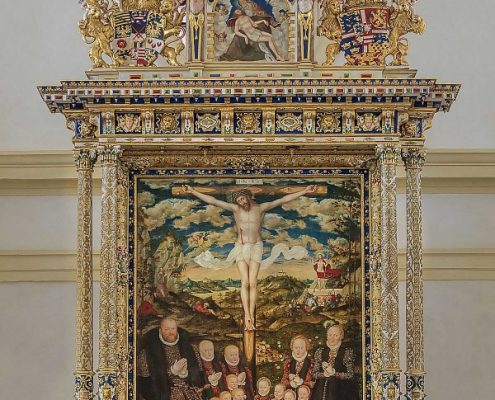 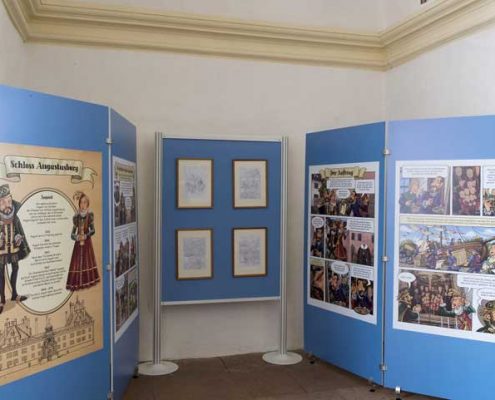 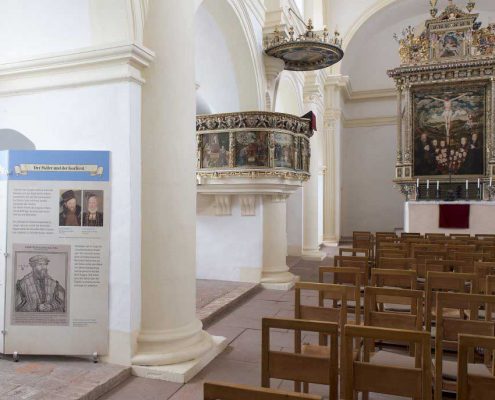 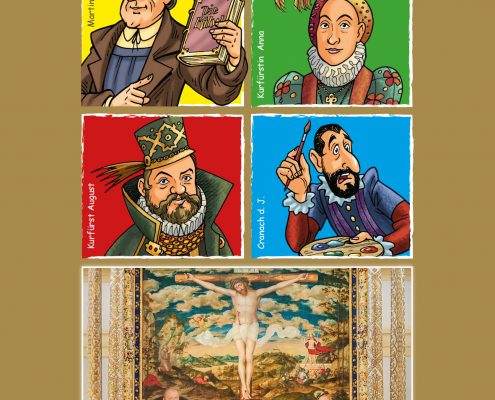 The special exhibition was on display from April 29 – November 5, 2017 in the castle church of Schloss Augustusburg.

As a separate contribution to the year of Luther, Schloss Augustusburg is showing a special exhibition of the well-known comic “Martin Luther – a monk changes the world” by Ulrike Albers and Johannes Saurer in the Schlosskirche.

12 large-format comic panels and 12 panels with a historical review focus on the work of Luther and the emergence of Protestantism.

Also on display are four additional comics specially made for Schloss Augustusburg.

The special edition tells amongst other things, from the wedding of Elector August and Elector Anna in the chapel of Torgau and how the Saxon Elector August, commissioned Lucas Cranach the Younger to design the altar image of the Schlosskirche Augustusburg.

High-quality equipped, the comic exhibition harmoniously blends with the ambience of the house of worship and appeals to both young and old alike. In addition, a film about the Cranach painting and its restoration can be seen.

Castle Augustusburg, the “crown of the Ore Mountains”, is closely connected with the Reformation. Every corner of the magnificent, four-towered complex of Augustusburg tells of earlier times. In the castle church, the altar of Lucas Cranach the Younger shines after its restoration in new splendor. The modernly equipped museums of the former Electorate residence testify to life, hunting and art during the Renaissance.